Born in 1928 in Darlington, County Durham, Diana took dance classes in ballet, tap and musical comedy as a child. She was taught by Violet Ballantine, who at the time was also teaching the princesses Elizabeth and Margaret Rose. Diana and her young dancing companions raised much money for charity with performances at the Theatre Royal York, Theatre Royal Newcastle, the Scala in Soho, London and Raby Castle.

Shortly after the Second World War, Diana came to London where she trained and danced with the Ballet Rambert. She also appeared in pantomimes, summer seasons and variety as a sister act with horses & dogs, Frank Sinatra, Dean Martin & Jerry Lewis, tightrope walkers and Max Miller. She appeared with Evelyn Laye and Anton Walbrook in Wedding in Paris at the London Hippodrome; A Girl Called Joe at the Piccadilly Theatre with Denis Quilley and Edward Woodward; For Adults Only, a satirical revue at the Aldwych Theatre; and was a founder member of Sadler’s Wells Opera Ballet.

Later, Diana toured to Europe, America and Australia with Lloyd Newson’s DV8 Physical Theatre Company. She also worked with choreographers Matthew Hawkins, Arthur Pita and Wayne McGregor. Among her many credits as a dancer is participating in the Elixir Festival: Celebrating Lifelong Creativity at Sadler’s Wells Theatre in 2017.

She appeared in Caryl Churchill’s The Skriker and in Tennessee Williams’ Baby Doll both at the Cottesloe, National Theatre; and Daniel Kramer’s Woyzeck at the Gate and in New York.

She has performed in Stephen Daldry’s iconic production of An Inspector Calls on more occasions than any other actor, having first appeared as Edna at the Garrick Theatre in the 1990s, in subsequent UK Tours, at the Aldwych and in Australia.

In the 2002 New Years Honours list Diana was awarded an MBE for Services to Dance. 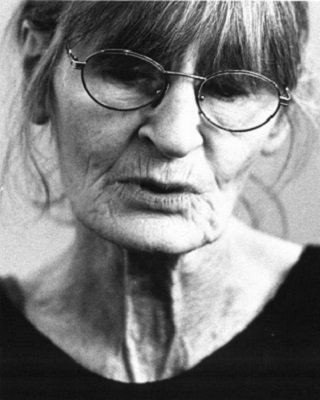